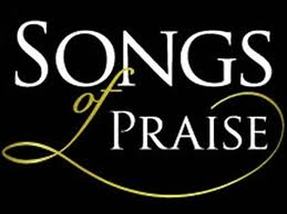 On 25 November 2015, we received an email from the BBC asking if we would be interested in taking part in a recording for Songs of Praise, which was to be recorded at St. Germain’s Church, Portland Road, Birmingham in February 2016.

As a Singing Group we agreed that we would, so on Thursday 18th February (rehearsal) and Saturday 20th and Sunday 21st February, we took part in the recording.

The Saturday recording included 7 contemporary hymns, including ‘Shout to the Lord’, ‘Give Thanks’ and ‘See, What a Morning’. There were also some new hymns that I’m sure you will soon be hearing.

The Sunday recording session included 7 gospel type hymns, and it took over an hour before the BBC were happy with our version of ‘Blessed Assurance’. We sang it many, many, many times!

It was very uplifting to sing hymns with so many other voices. It sounded fantastic.


We were accompanied by musicians playing keyboard, bass guitar and drums and on the Sunday, the Birmingham Community Gospel Choir (who won the Songs of Praise Gospel Choir of the Year in 2015) also took part.


A very enjoyable, but tiring, weekend.