Community Fun Day 29th June 2019
On Saturday 29th June , in partnership with Birmingham & District Deaf Children’s Society, we held a community fun day as part of the Metro Mayor’s Community Project to bring communities together.
We had all the usual attractions – bouncy castle, face painting, ball games, colouring competition, craft session, raffle, plants, a cake stall, bric a brac, a DJ and Silky, the clown entertainer.
Naturally there was food and although we’re not sure exactly how many people came we sold over 150 burgers from the two BBQs with different refreshments inside for those who wanted sandwiches etc. We also had a cake stall and samosas on offer.
It was really hot and we were grateful for the number of gazebos we were able to put up to give some shade. Due to the heat some of our stalls weren’t able to sit out in the centre of the car park, as planned, and had to withdraw to what little shade there was around the edge by the trees. In addition to drinks and food that visitors purchased we gave away squash and bottled water, kindly donated to BDDCS by Turves Green Co-op, who also sent lots of cakes for the cake stall.
By 3.30pm it had reached 32 degrees and some people began to feel unwell and had to leave so we decided we should close a little earlier than planned as some of our visitors were struggling.
Despite this it was a really good afternoon and we were pleased to welcome neighbours old and new, particularly those now living in the newly refurbished Barry Jackson Tower.
A very big THANK YOU to everyone who contributed to the day in any way (particularly Turves Green Co-op for their generosity) and helped to bring our community together.
Jackie Hancox​ 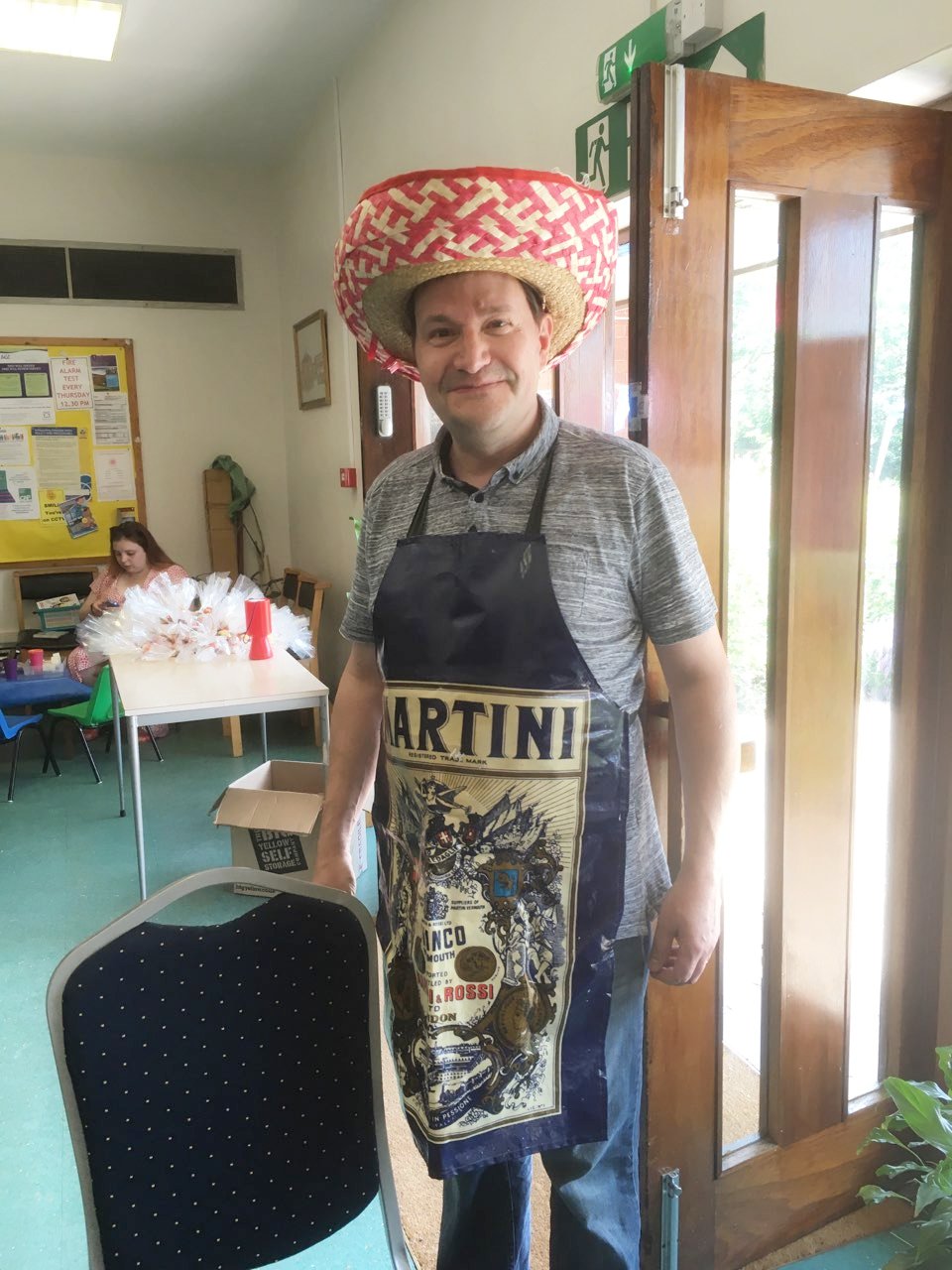 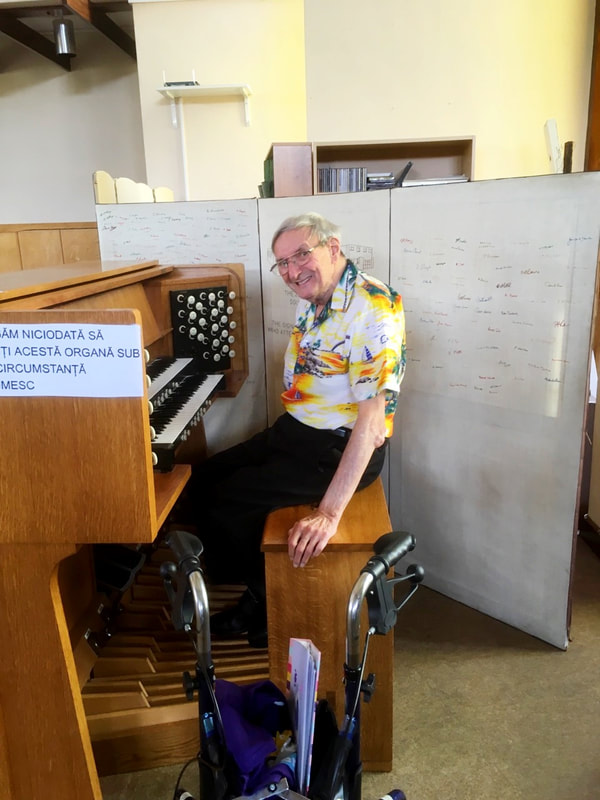 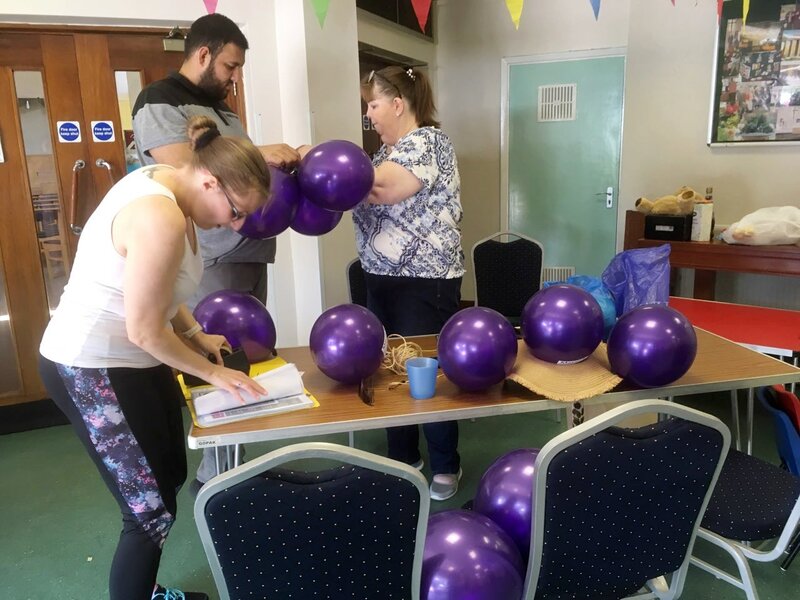 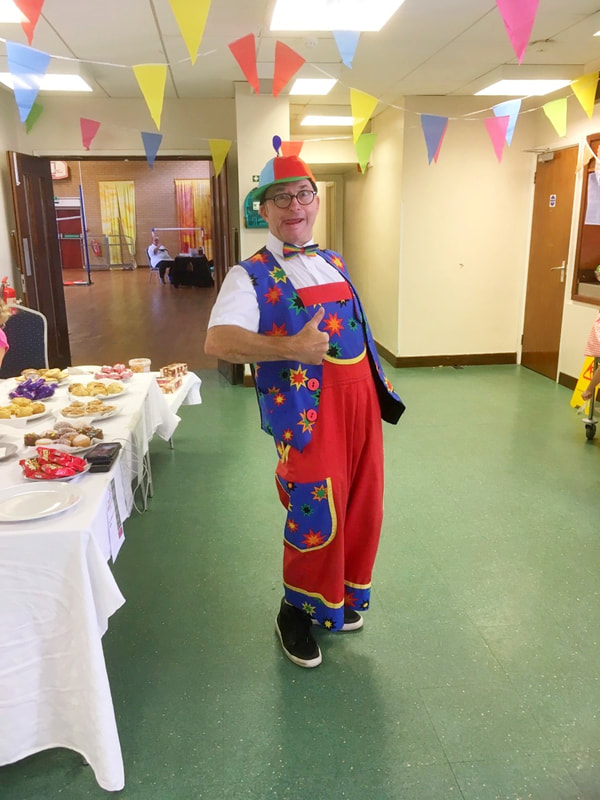 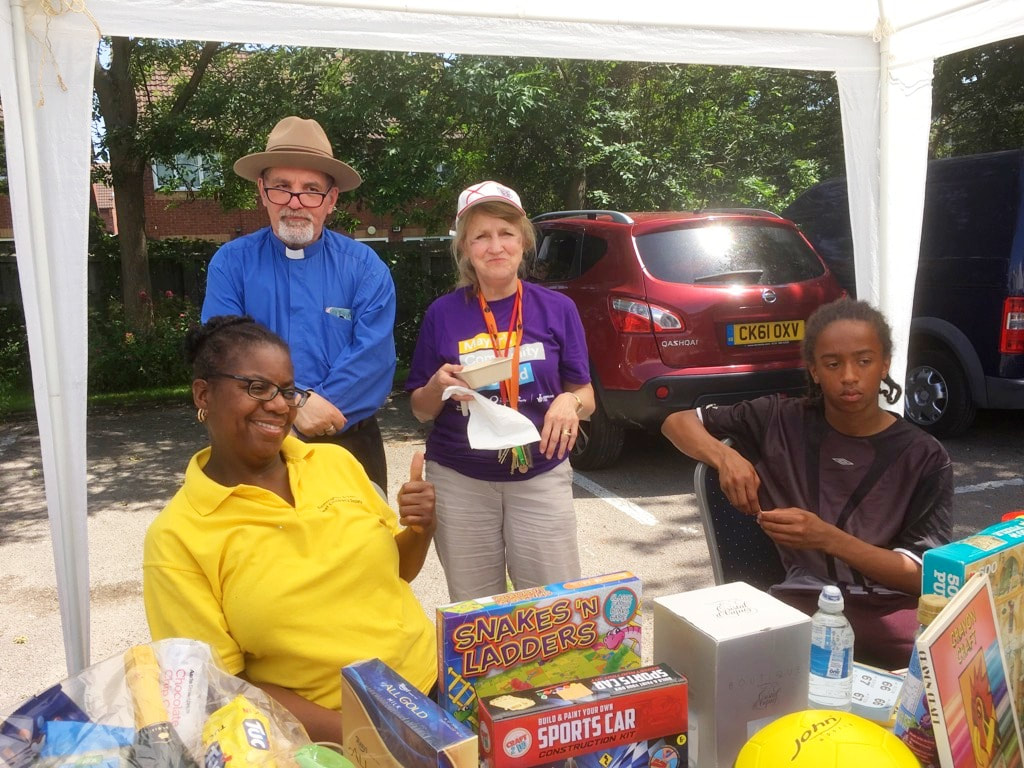