Wednesday Welcome, Celebrating the Platinum Jubilee
On Wednesday 1st June 38 Members of our WW Group met to celebrate H.M The Queen's Platinum Jubilee. The day commenced with tea & coffee in the Foyer and a quiz about the Queen and her 70 years on the throne. Everyone was pretty knowledgeable - although we suspect there was a fair bit of consulting Mr. Google too !  We had a number of DVDs on Royal occasions which were played throughout the day and there was popular music too.
At noon we moved into the hall where the tables were all decorated, laid and ready. Our Minister said Grace and offered a prayer for Her Majesty on this special occasion. We then shared a very enjoyable and plentiful 'Afternoon Tea' which was served very promptly and appreciated by everyone. Later, Roger Hopes proposed the loyal toast and we all had a slice of a special cake. We ended the the day with a free Jubilee Raffle after which people started to make their way home from a very enjoyable afternoon.
A big thank you to everyone who helped in any way, particularly those who prepared the food and those who decorated the rooms and tables. Many of the decorations you can see in the pictures were made by members and some of them were really imaginative - who would have thought we could knit and crochet our own decorations ?
See the photos below -
Jackie Hancox 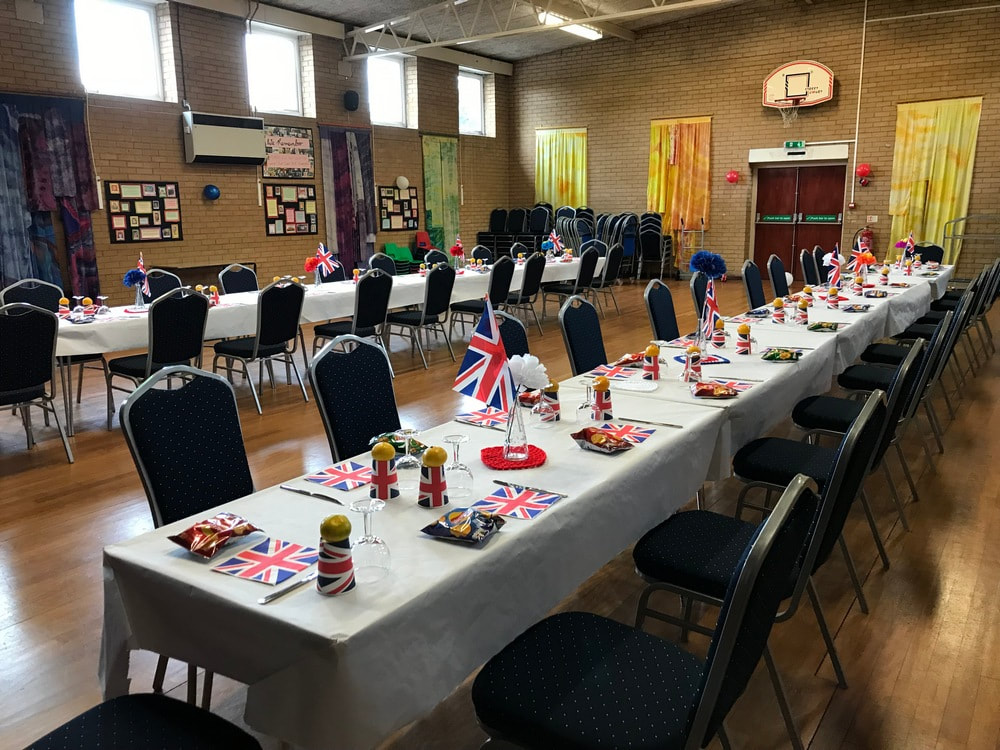 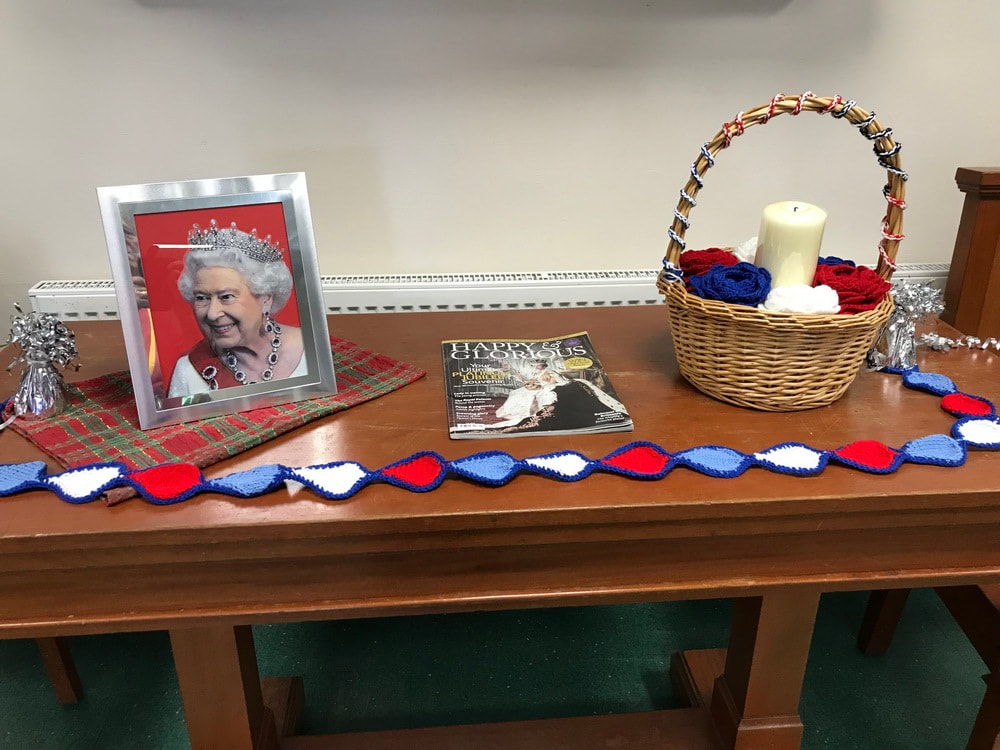 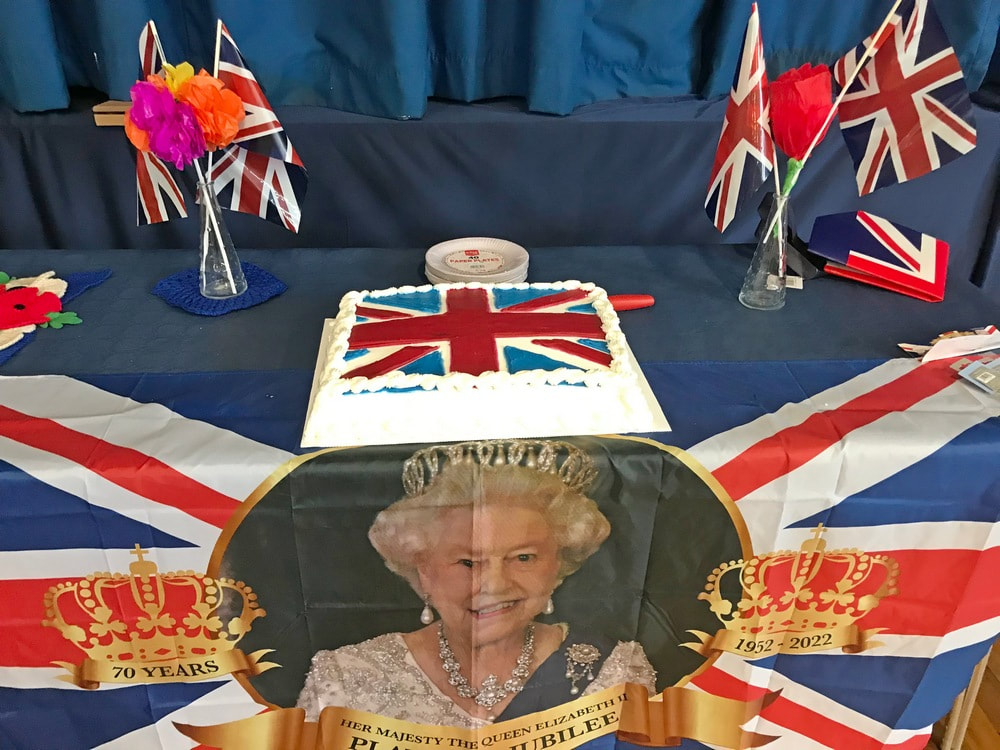 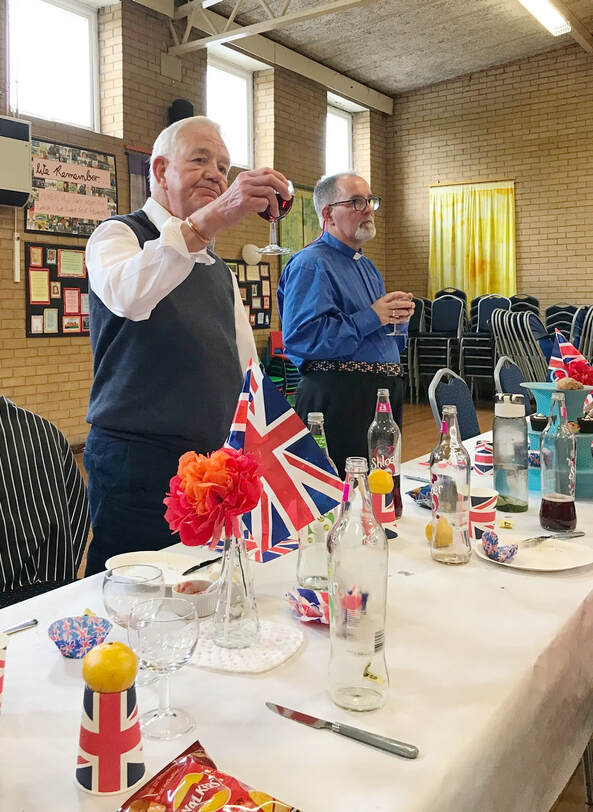 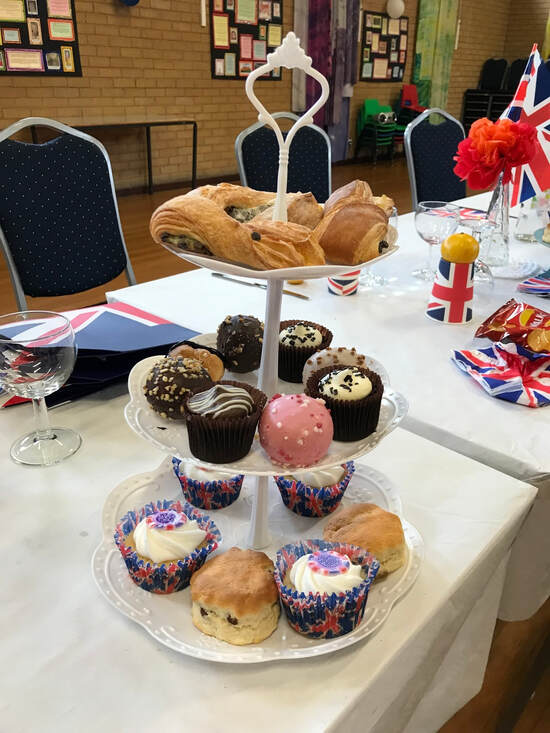 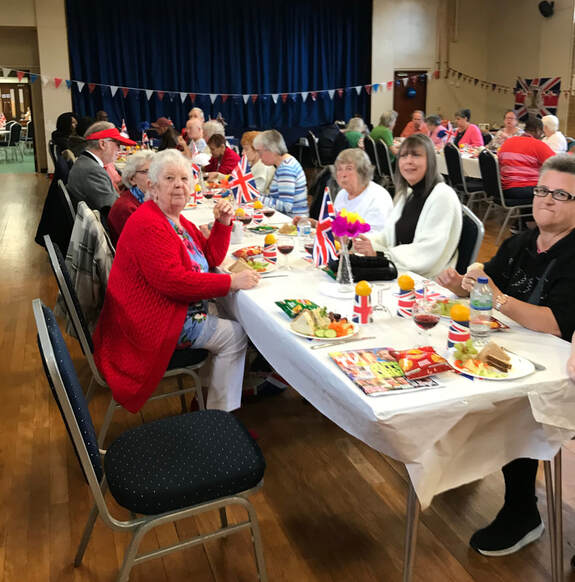 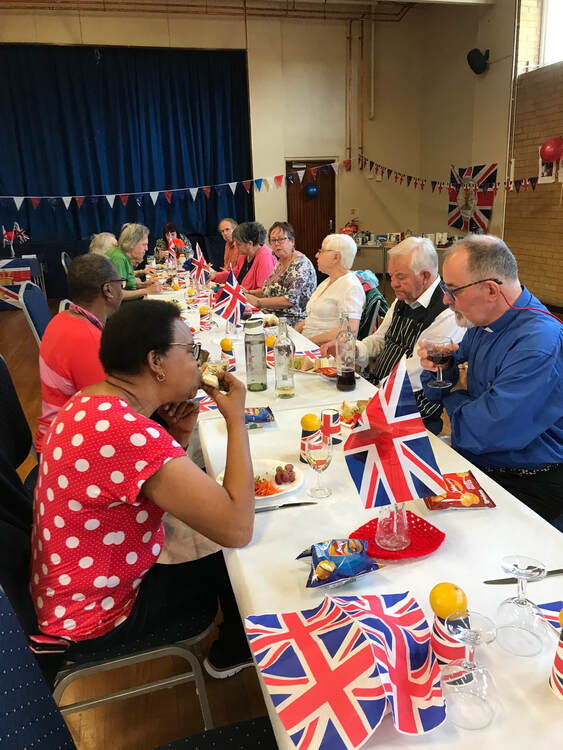