I was born in Belize. (Belize is situated on the North-eastern coast of Central America. Belize was formerly know as British Honduras until 1973)

I attended St Catherine Convent until I was thirteen. After leaving the Convent, I went on to study shorthand and typing at College.

I remember growing up in a wealthy area in Corozal Belize, living in a big house, near by the sea, with servants to help us. Although my father was very strict with us, I had an enjoyable childhood.  I spent a lot of the time with my three brothers and two sisters on the beach and playing in the water. We were a very close family.

I married when I was 23 years old. I have six children.  My husband was a solider which meant he was often posted to different countries. We lived in Ireland,
Southampton, and Jamaica before moving back to Belize where my husband was finally demobbed.

When I lived in Jamaica I met Nat King Cole outside the ‘Carb. Picture House.’ I was very surprised to see him, but did not get a chance to speak to him.

In the early fifties my husband and I finally settled in
Birmingham, after constantly moving around.  Unfortunately we later divorced and I became a single parent.

Caring for six children on my own was very difficult. Money was always tight, but we made do. I always put my children first and made sure they did not go without.
Although life was difficult, I had lots of good times with my children when they were growing up.

My children are adults now and are doing well. I am very proud of them.

In regards to  my hobbies.  I have always enjoyed sewing, gardening, cooking. Crochet and knitting.  I taught my daughter to sew and bake.
She enjoys doing this and is always making cakes, for family and friends.

I made all my children’s clothes and jumpers etc when they were growing up. When my children were young and attending St Chad’s RC School, I did a lot of Voluntary work at the school.

Growing up in the 60’s was fun. I was very skinny and use to like wearing the latest fashion. I also enjoyed listening to music by the Rolling Stones, Beatles and Johnny Ray. I love to go on days outings; my favourite
place to go is Strafford upon Avon.

Living in England was very different from Belize.
I remember when I first arrived I was very cold and the food was so different.  It took some getting use to but I managed it eventually.  The people were friendly and
treated me good.
I did not go back to Belize until 1975 (24 years after coming to the UK.)  Since then I have been “home” many times.  Five of my children have also been to Belize on holiday and they love it.  I don’t feel Belize has changed that much over the years.

I started going to the South Aston Lunch Club as I needed to get out a bit more so this was an opportunity. I attend the Lunch Club on Wednesdays.  I like attending and I have made many friends. 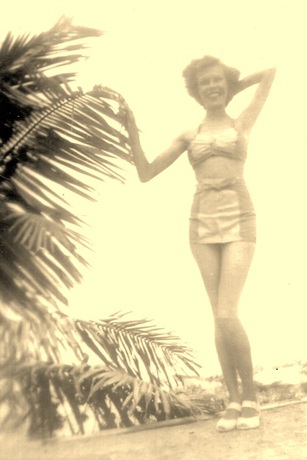 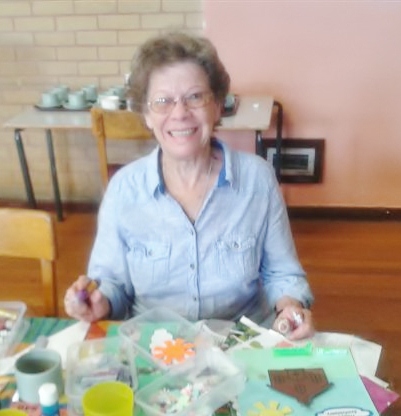