23 January - An illustrated talk and presentation on the history of Aston
Hall and the people who occupied it by Rosie Barker the
Community Development Officer. Very enjoyable and most
informative, we were able to handle some of the artifacts
that Rosie had brought along.

11 February - A 'power point' supported talk by the well known
Birmingham local history archivist and friend of
Prof. Carl Chinn, Keith Clinton. Keith opened the meeting by
showing some photos of Aston Streets and buildings from
the era before the 'Aston Expressway'. There was full
audience participation with lots of cries of "I remember
that" and "That's where I had my first kiss" etc. etc.
(I better stop there!). Then Keith launched into his prepared
talk entitled 'A walk around Birmingham'.
Again this elicited many responses from the audience
especially from Rose who recognised herself in a photo of a
'Road Safety Cerificate' (see below)
presentation in Birmingham Town Hall in the late 1940s.
She said to Keith "You must have known that I was coming
this afternoon".
It was all great fun, invoking many happy memories of
'days gone by'. 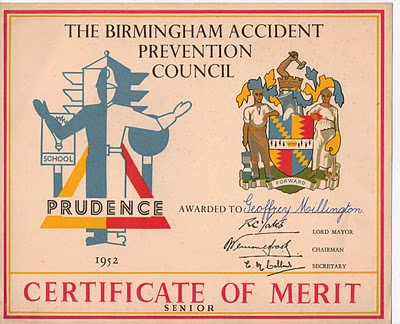 Example of the kind of certificate presented to Rose.                    Courtesy the Millington family
18th March - Do You Remember?
A Nostalgic Look back at Birmingham in the 1950's
and 60's, presented by local historian Mac Joseph

A very well attended meeting, well over 20 people, for Mac's
illustrated guide to the shops and emporiums of 'Post WWII'
Birmingham and the goods they sold.
There were many shouts of 'I remember that' as we
were shown photos of long forgotten shops that were once
part of our daily lives.
There were many who expressed the view that they were the
'good old days' when you were known by name to the shop
keeper or the shop manager and when things got hard you
could ask for that day's purchase to be put 'on the slate'. 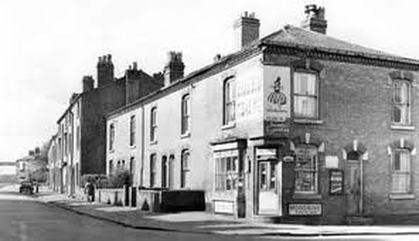 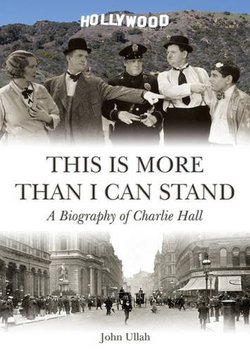 29th April - Laurel and Hardy's connection with Birimingham
John Ullah of the 'Sons of the Desert' the Laurel and Hardy appreciation organisation, gave a very entertaining and informative presentation on the two world renowned
commedians' connections with Birmingham.
As John pointed out, one of their strongest connections was through their friend and fellow commedian, Charlie Hall, who grew up in Ward End. John has writtn a book about the life of Charlie Hall called 'This is More Than I Can Stand'. 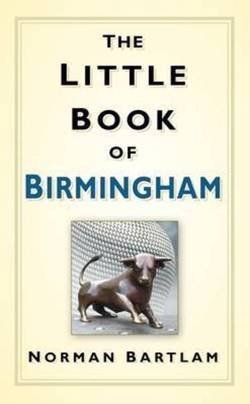 1st July - Things You Didn't Know about Birmingham -
An illustrated talk by Norman Bartlam, author of books about Birmingham in general and in particular ' The Little Book of Birmingham'.
Norman introduced his audience of over twenty people to many, largely unknown, facts about our wonderful city.
He engaged the audience in much humorous banter, even to the point of taking the risk of jibing at the Villa fans in the audience at the same time revealing himself as a devoted 'Baggies' fan. I noticed that Dave Kendrick kept quite at this point, he also being a Baggies fan.
As you can gather, much was learnt in a most enjoyable fashion.

21st October - A guided tour around Soho House the home of Matthew Boulton, the 18th Century industrialist.
For a report of the visit      click here

27th November - An Illustrated talk by Rosie Baker of Aston Hall.
Earlier in the year Rosie had told us of Sir Thomas Holte, the founder of Aston Hall, his family and successors.
This time Rosie told us about the 'unsung heroes', the Servants. These were the people who kept the hall functioning by carrying out, mostly, menial and often unsavoury tasks.
Rosie told the story of Thomas Holte's cook who for some reason had provoked his masters anger. Sir Thomas was so enraged that he took a meat clever and sliced through the poor man's head.
You would think that this would have killed the cook but in a subsequent liable case it was suggested that the cook did not die.
I don't think he could have functioned very well after suffering such a blow, do you?
Rosie, it was brilliant, thank you.